For today’s tip we are concentrating on something we have touched on separately but probably not said explicitly. 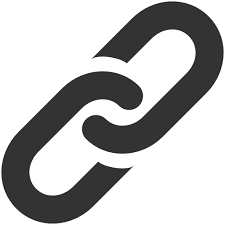 Very simply, make people aware of where you are!  If you are on Twitter and Facebook and Instagram etc, have links to your accounts clearly visible on your website (and make sure they open in a new tab/window!).

Similarly, make sure your website is clearly linked on all your social media accounts.  Your reach will be greater the more places you are found!

Following a disappointing uptake in new users, Twitter have announced a number of changes to their platform to try to encourage people to use it.

Probably the most significant change will be that photos, videos and gifs will no longer be included in the 140 character limit.  On a similar vein, usernames will also be exempt from the limit.

Tweets beginning with an “@” sign will now be visible to all followers and you will, in future have the ability to retweet and quote yourself.

I think in particular the exemption of multimedia and usernames from the character limit is an interesting idea, meaning every one of the 140 characters can be used for useful content.

I look forward to seeing the response to these changes and whether they will indeed signal a change in fortune for Twitter.

For today’s tip we are concentrating solely on Pinterest. 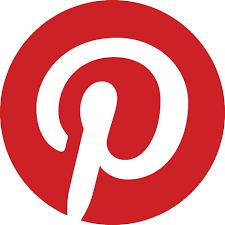 Clients often ask me is there any mileage in having a presence on Pinterest as they can’t see how it is relevant for them.

I think the most startling of those statistics is the heavy proportion of female users and if you run a business with a high level of female custom it would certainly seem sensible to have a vibrant Pinterest presence.

My opinion is that it is worth having a presence everywhere on social media.  You need to be seen.  So even if you feel like you might not have a target market on Pinterest I do think it worthwhile to create and curate an account.  It certainly gives your brand another vehicle to be noticed.

Today’s tip is a bit more generic than usual but an important one we think. 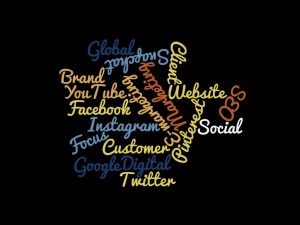 Today we would like to impress upon you all the benefits of digital marketing.   A small part of digital marketing is social media which gives you the chance to reach a large market.  And best of all, if your budget is small you can – with careful usage – do this for free!

Social media is a free, instantly accessible global market.  And the best thing is that it is measurable with analytics tools, so you can see whether what you’re doing is working and what you need to change or do better.

Even if you don’t have a large marketing budget do make sure you tap into the digital marketing sector and get yourselves online, out there and be a global brand.

See you next week!

We have touched previously on how important it is to respond to customer comments, but for today’s Tip we’re concentrating on Facebook and the Messenger service. 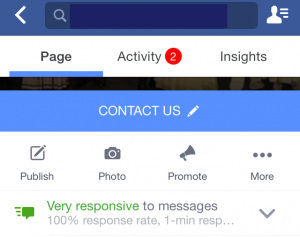 You may have noticed this on the profile of your business page.  The percentage response rate is in your hands!  In order to get the “badge” you need to read and respond to private messages almost immediately.  Whilst this isn’t always possible, it shows a good level of customer service to have the 100% response rate.

If you find it difficult to find time to check, why not set up notifications so you get told immediately when you have a private message.